← more from
Fabrique Records
Get fresh music recommendations delivered to your inbox every Friday.
We've updated our Terms of Use. You can review the changes here. 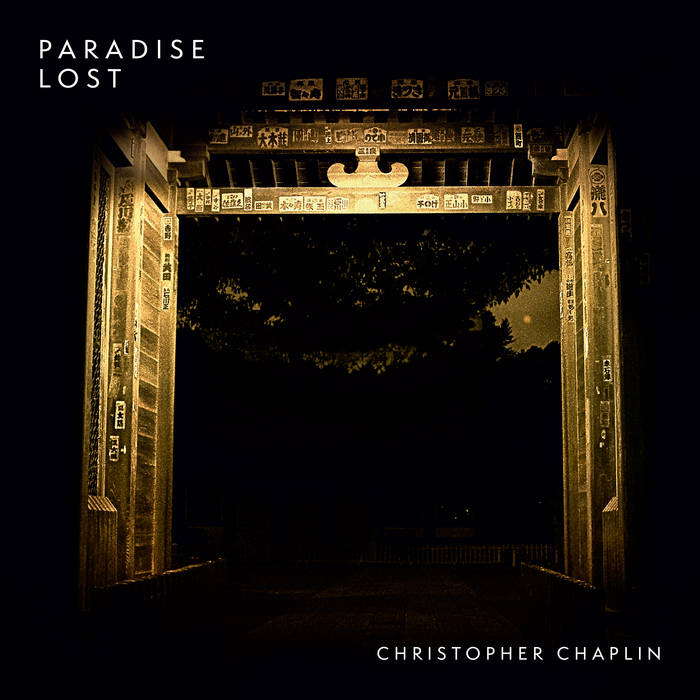 This album features the voices of Nathan Vale and Leslie Winer. Vale is a British tenor and reciter, who specializes in baroque singing. The US musician, poet and artist Winer is almost his counterpart: Jean-Paul Gaultier described her as the first androgynous model, and she has worked with Sinéad O'Connor, Grace Jones and Helmut Lang, among others.

Whereas 'Je suis le Ténébreux' was an artistic interpretation of Gérard de Nerval's poem of the same name, and of the “Enigma of Bologna”, Christopher Chaplin's new album translates John Milton's poem about the descent to hell of fallen angels into epic soundscapes. Nothing is clearly structured - instead we find ourselves in a dreamlike state of limbo. Moments of turbulence transform into musical states that collapse, roam through space, or grow into complex structures. It is a music of dark shimmering poetry that thrives on its own ambiguity..." (by Heinrich Deisl, 2018).

In 2009 he was invited by Viennese electronic music label Fabrique Records to collaborate with Thomas Pötz aka Kava on “Seven Echoes”, a concept album released and presented live at the well-known Art Brut Museum Gugging in Austria for the first time. There he met electronic music pioneer Hans-Joachim Roedelius (Cluster, Harmonia) who later invited Christopher to take part in a “Late Junction“ live session for BBC Radio 3. The result of this second collaboration eventually led to another collaboration album, “King of Hearts”.

October 2016 finally saw the release of Christopher Chaplin's highly acclaimed first solo album "Je suis le Ténébreux", which had been partly recorded at Air's legendary Atlas Studio in Paris and various studios in the UK. It weaves experimental musical influences around a sixteenth century text, an epitaph known as the Enigma of Bologna. The album features the voices of Hans-Joachim Roedelius, Christine Martha Roedelius, French actress and soprano Judith Chemla and Italian tenor Pino Costalunga, as well as the text and voice of Claudia Schumann. It was followed by a versatile remix EP the year after, including reworks by producers such as Grammy-nominated American composer Tim Story, Berlin-based sound and media artist Jana Irmert, <tfo> from Brooklyn, and Viennese electronic music producer Peter Zirbs.

Having been back in his studio for several months Christopher Chaplin now returns with a new epic solo album „Paradise Lost“ in June 2018, featuring the American vocalist and poet Leslie Winer and British tenor Nathan Vale.

For Christopher Chaplin's upcoming solo live shows the smusic is echoed by the projections of visual artists Luma.Launisch – assembled and processed in real time. Watch out for tour dates!

All tracks written, arranged and produced by Christopher Chaplin. Track 1 and 3: vocals by Nathan Vale. Lyrics by John Milton. Track 2: Lyrics and vocals by Leslie Winer.

Bandcamp Daily  your guide to the world of Bandcamp

Sampa The Great joins the show to discuss her release, "As Above, So Below".